Finally an Electric Bike You Can Ride Every Day

What do you picture when you think of an electric bike? Does it conjure up images of clunky metal frames and heavy batteries? Perhaps you imagine them to be something of a novelty rather than a bike you can use every day.

What do you picture when you think of an electric bike? Does it conjure up images of clunky metal frames and heavy batteries? Perhaps you imagine them to be something of a novelty rather than a bike you can use every day.

20 years ago, you would have been right to think of these things. The idea of an electric bike was much more appealing than the reality of primitive batteries and impractically bulky frames.

But as time has moved on, so has technology, and we’ve been keen to embrace that change. 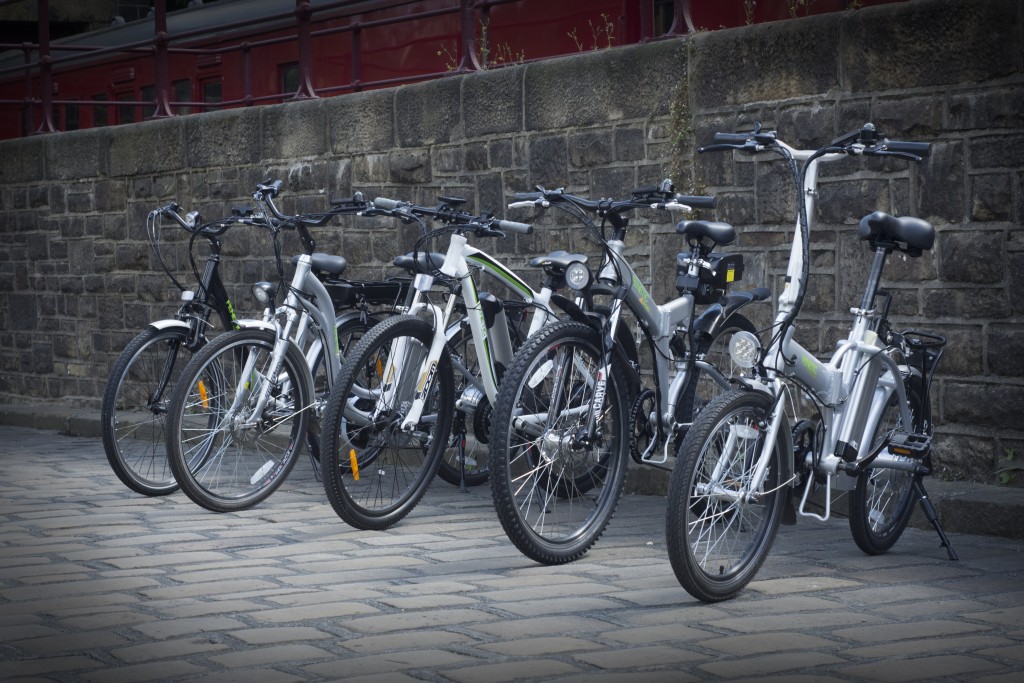 Thanks to some very clever engineering, our range of electric bikes are designed to look and feel just like ordinary bicycles. You would have no idea that they were capable of propelling you upwards of 20 miles at the flick of a switch.

All of our electric bikes use similar discreet technology, but we’ll use our Fenetic Sprint to explain how it all works. 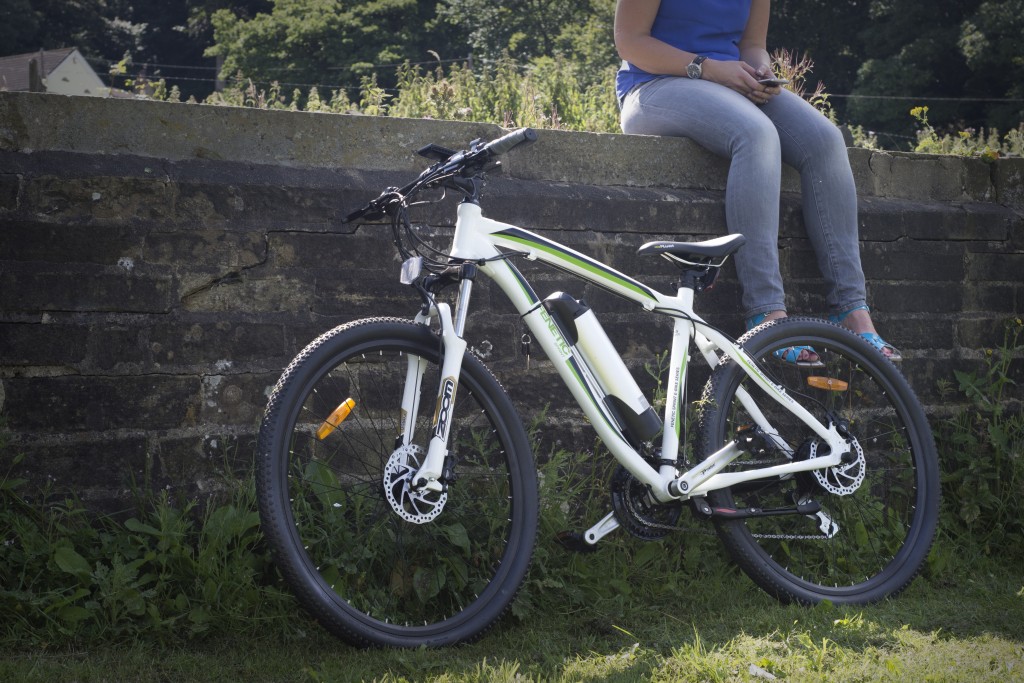 At first glance, it is no different to any other high-end mountain bike. Tektro Auriga hydraulic disk brakes front and rear, 24 speed Shimano gears, lightweight aluminium frame, and Zoom Forgo front suspension to list but a few of its features.

It is without a doubt a very capable machine. Now look a bit closer, and you will notice a few crucial differences. 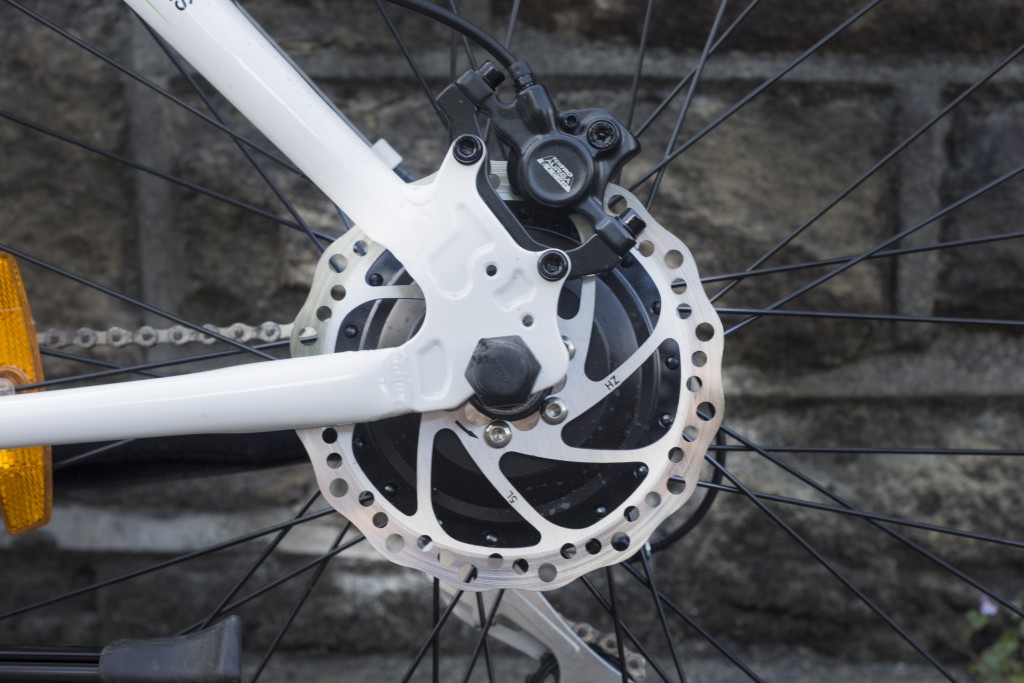 Buried cleverly inside the rear wheel is a 250w electric motor. This is the motor that is used to power the rear wheel, and in turn help you pedal. This is called ‘pedal assist’ and differs from some of our other electric bikes in that it doesn’t require the use of a throttle to get going.

Simply pedal as you normally would, and the motor will do the rest of the work for you. 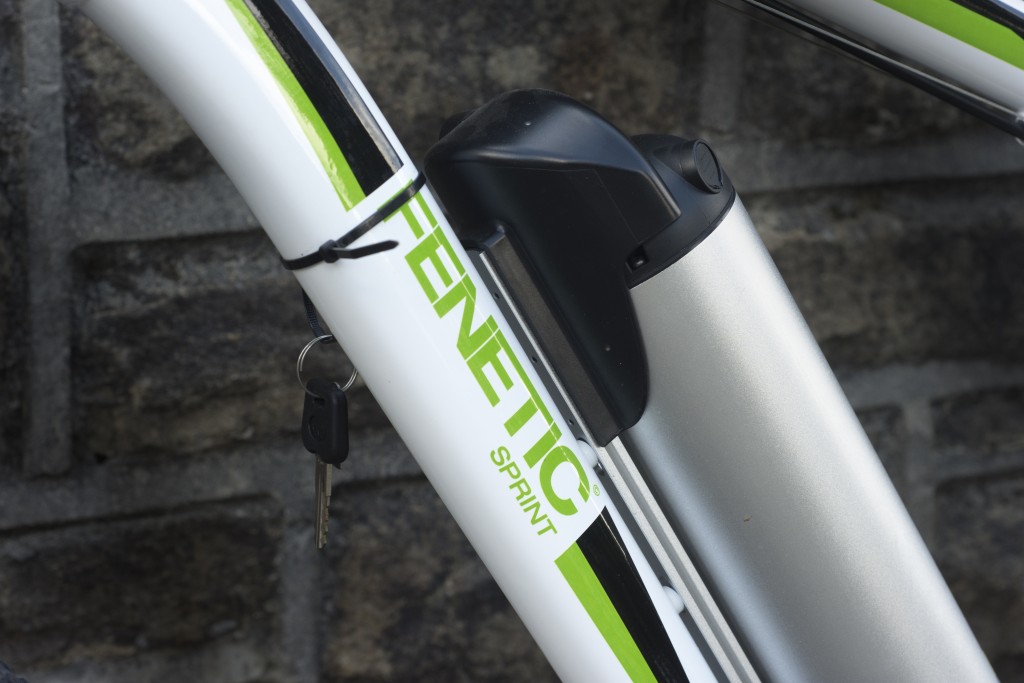 Shift your focus to the middle of the bike and you will notice the Samsung Lithium Ion battery that powers the motor, sitting neatly where you would usually find the water bottle holder – so as not to get in the way when you want to cycle under your own steam.

Similarly to a water bottle, simply remove the battery when its time to recharge. 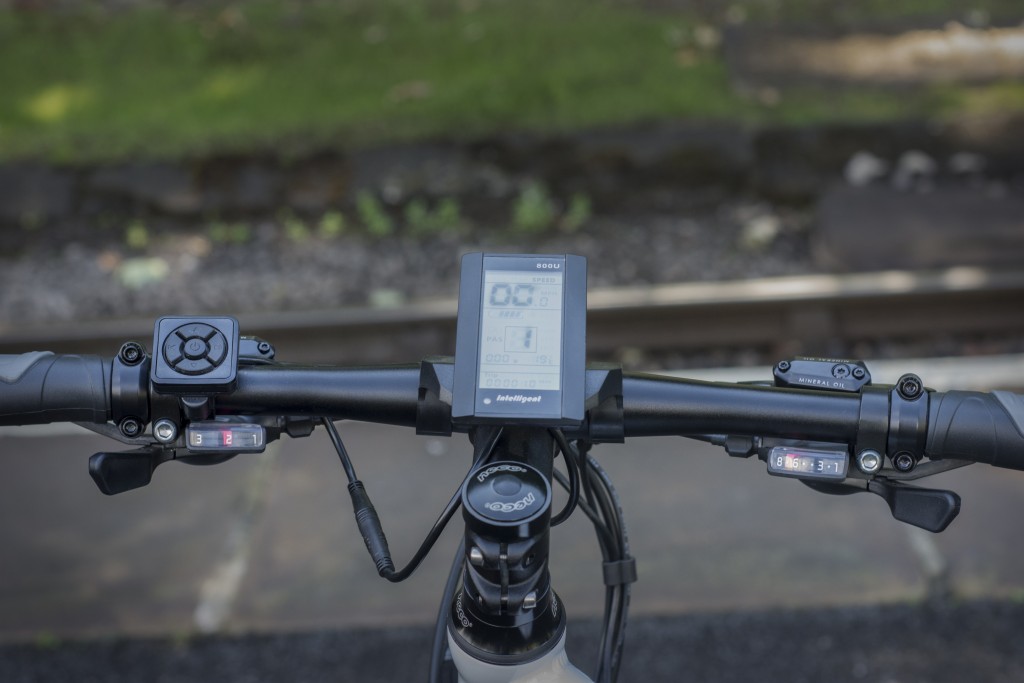 Moving up to the handlebars and you’ll find everything you normally would, with the addition of a nifty little screen displaying speed, battery life, temperature, and distance covered.

The handlebars are also where you will find the ON/OFF switch and easy to use buttons for selecting your desired power level.

The Fenetic Sprint that we have featured in this post has a range of up to 30 miles, and a top speed of 15 miles per hour. Even with the electric motor and lithium ion battery, the bike weighs in at just 21kg, less than your average non-electric mountain bike!

With that in mind, you might choose to cycle under your own steam on roads and even ground, then switch on the electric motor when faced with a long uphill stretch.

This makes it a legitimate option for those who want the freedom of traditional cycling, with the safety and convenience of electric.

Slightly out of your budget? Don’t worry we’re going to introduce you to the rest of the Fenetic electric bike family in the coming weeks, each with a different price tag and features!