Love Through the Ages

Everybody loves a good ‘Meet Cute’ – the story of how two lovers came to be. The kind of story that leaves you on the edge of your seat, it makes you laugh, cry and restores all faith in true love.

Everybody loves a good ‘Meet Cute’ – the story of how two lovers came to be.

The kind of story that leaves you on the edge of your seat, it makes you laugh, cry and restores all faith in true love.

“He’s my best friend, I’d be simply lost without him and I’m sure it’s the same for him!” 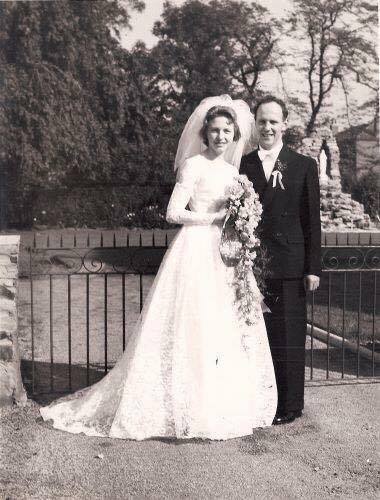 Maria was 17 when she met 24 year old Joseph through mutual Polish friends in 1959.

She hadn't been in the UK too long and didn't speak much English yet, but when Joseph asked her on a date to the cinema she couldn't bear to turn him down and gladly accepted his invitation of a cinema trip to see South Pacific.

Maria sat through the entire movie pretending to enjoy herself – even laughing along when everyone around her laughed, yet in reality due to the language barrier she couldn’t understand a single word!

Years later she confessed to Joseph and it has since become a running family joke.

Despite their disastrous first date, now 59 years, 2 children and 7 grandchildren later Maria and Joseph are more in love than ever. Life has definitely thrown them some curveballs along the way but they believe every trial has made them stronger.

They live life to the fullest, seeing every day as a new adventure - In their 70’s they went on an Alaskan expedition, 2 years ago they boated around Capri and recently they challenged their grandchildren to beat them to the top of the Polish Mountain Morskie Oko (and they won)!

They’re best friends, travel companions, life partners and everything in between.

And you'll be pleased to know, Maria finally understands South Pacific and together they love it! 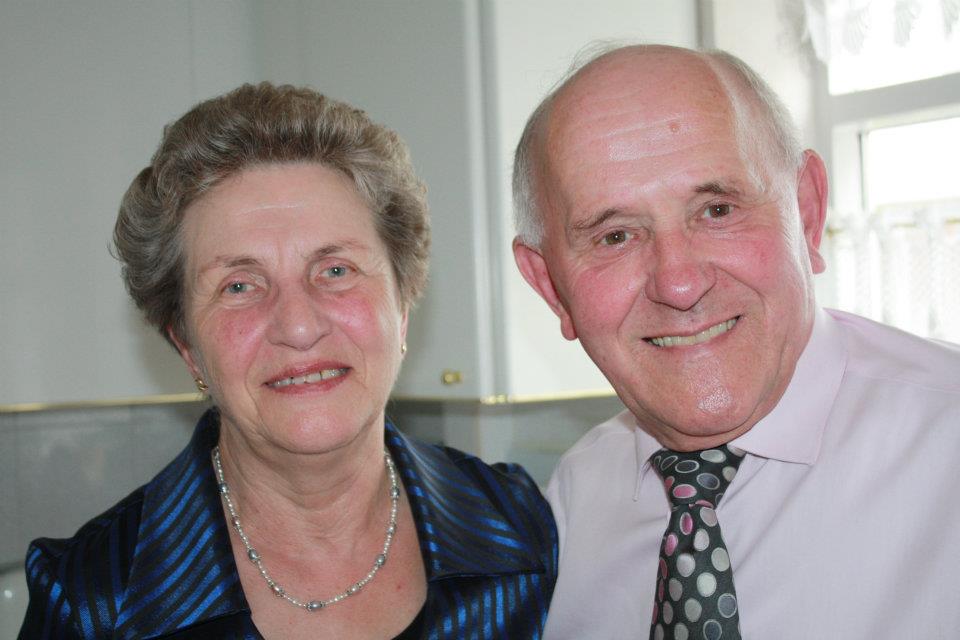 “Liz turning me down was the best decision ever for our relationship. I wasn’t ready to give her everything she deserved the first time around.” 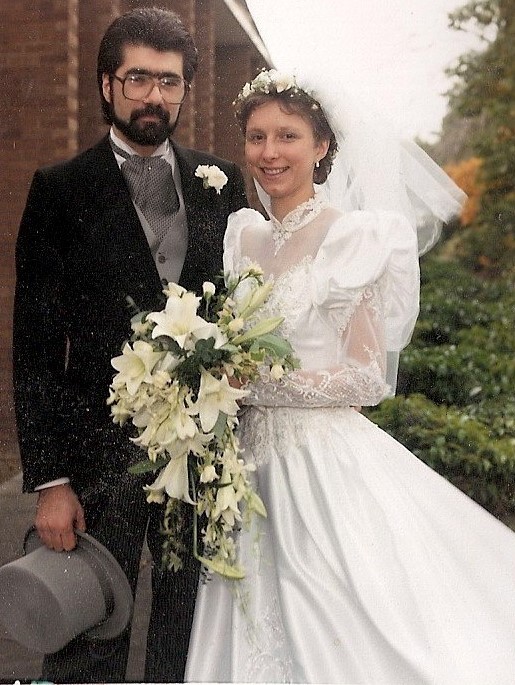 Nick had known Liz for a very long time, but only ever as ‘that girl that was friends with his sister.’

Then in 1983 after being awkwardly set up together at an event he asked 20-year-old Liz out for dinner. She declined.

5 years later, at his sister’s birthday party luck struck twice and Nick got a second chance! After spending the night chatting with Liz he suggested she came to visit the house he’d just bought in York. She accepted and the next day they went to look around the house that would one day be theirs to share together.

On their first date Nick asked Liz out for dinner she said yes, ‘anything but a curry’, he assured her not to worry he’d take her for an Italian. When the night arrived he confused his cuisines and they ended up at a local Indian!

The hot and spicy start saw Nick get down on one knee just 6 weeks later!

Now, 29 years on their love has had a new lease of life. With their 4 children now grown up Nick and Liz can once again enjoy each other’s company with romantic getaways to new exciting places or cosy nights in curled up on the sofa together.

Juggling family life has meant it hasn’t always been plain sailing for the couple but with teamwork, love and a hell of a lot of patience they got through it together. 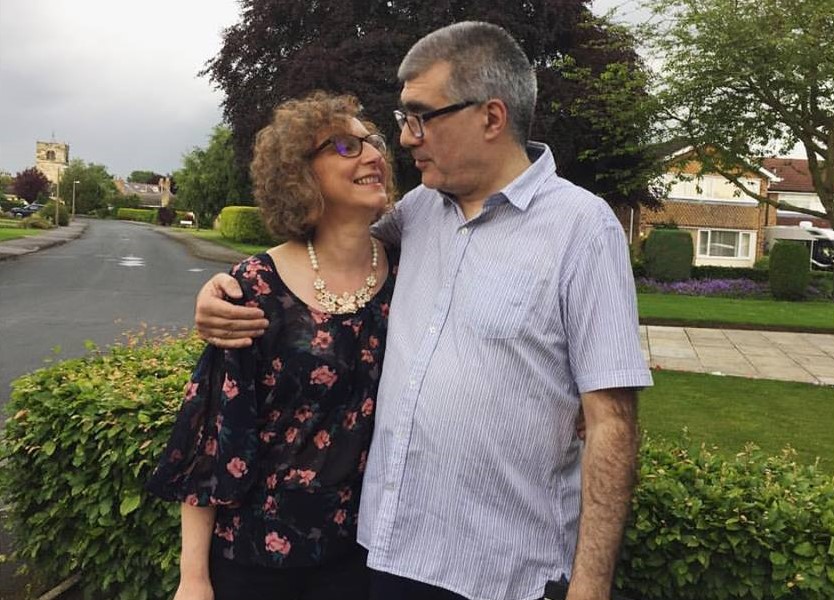 “We're a jigsaw. Two different pieces that fit well together to create the big picture.” 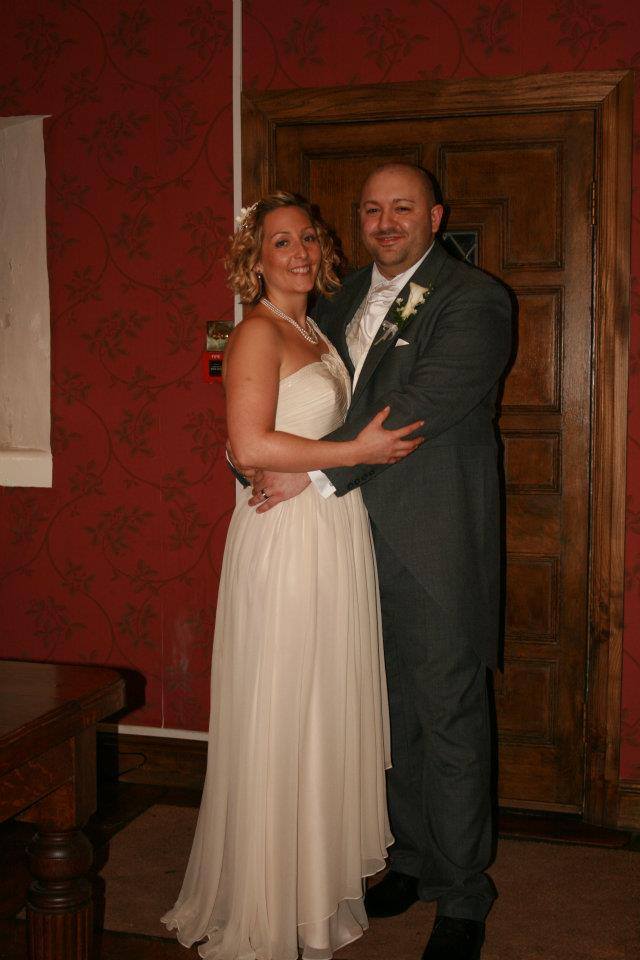 In 2007 Duane joined Facebook. Whilst playing around and attempting to learn the ropes of the new social networking site he accidentally ‘poked’ an unknown blonde.

However, proving everything in life happens for a reason and despite their lack of mutual friends, the fact they lived in different cities and didn’t know each other at all the ‘unknown blonde’, Helen, responded!

That response lead to a bit of ‘banter’ and that ‘banter’ lead to a number exchange and a romantic dinner for two!

A few days after their first date Duane sent a bouquet of flowers to Helen’s workplace with the word ‘poked’ on the card and nothing else, they’ve been inseparable ever since.

10 years on and now happily married, romantic getaways may have been traded in for Disneyland Paris with their 4 year old daughter but they wouldn’t have it any other way! There’s never a dull moment in their household and family life is filled with love laughter and lots of happiness.

Their love has given a whole new meaning to the term ‘online dating’. Many people may be able to say they met their other half online but no one can say it happened quite like this. 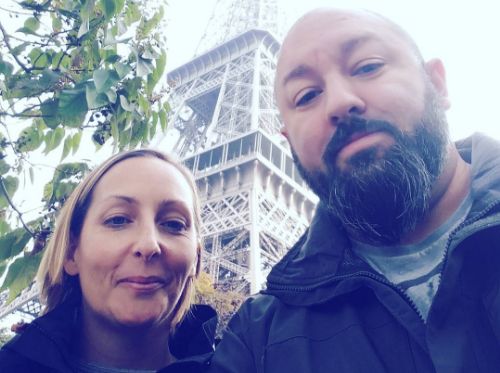 “I’m lucky, Simon understands my crazy like no one else.” 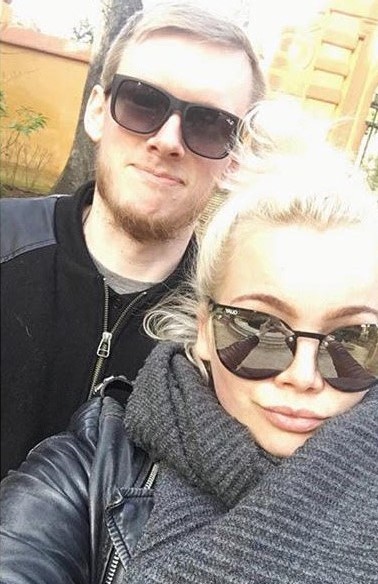 Although 19 year old Ellie had known Simon through mutual friends for a while it had been a good few years since they saw each other last, so when someone shouted to her across the smoking area of a local night club in 2012 she never expected it to be him.

After that night they spent more and more time in one another’s company and it didn’t take Ellie very long to know Simon was the one for her.

However, disaster struck when just 4 weeks after their surprise encounter Ellie packed her bags and left to travel Fiji and Australia for a year, leaving Simon and their new romance back in England.

On her return home Ellie travelled the 48 hour plane ride and 6 hour layover arriving in Liverpool Airport, tired, unwashed (looking a little bit mad) and wearing micky mouse leggings and matching jumper (a panic buy from Hong Kong Airport)  to be greeted by a very excited Simon. Up until this point their only form of communication had been a few phone calls and Facebook messages.

Now 4 years on, Ellie and Simon have bought a house and along with their two crazy pugs, are loving life together. Such a large amount of time apart so early on was tricky but it made them stronger and affirmed their love for one another.

Their life together is just getting started and they can’t wait to see what other adventures they can get up to but one thing Ellie knows for sure, she wouldn’t want to do it with anyone else. 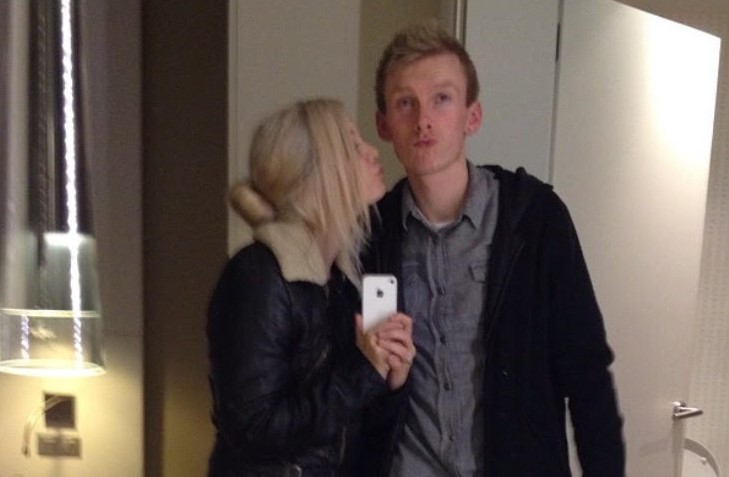 Have these romantic first dates through the generations got you reminiscing? How did you meet your other half? Was it love at first sight? We’d love to know!

From everyone here at Fenetic Wellbeing Happy Valentine’s Day!